Moniqa
I am a woman who is compassionate about freedom of the mind, body and spirit. It is my continual destiny to educate women, young ladies, and little girls about life, love, happiness, and their health. 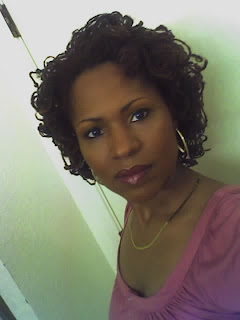 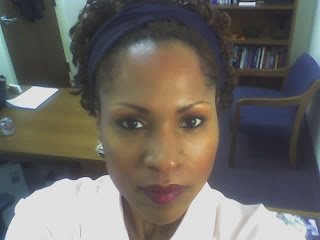 Happy Belated Easter Everyone! Can you believe it actually snowed in Texas? Yes, I mean snow, the white fluffy stuff that makes snowballs! We received close to 3 inches in Killeen! By the end of the week it'll be back up to the 80's! That's the Lone Star state for you. Wow, I can hardly believe two years have gone by already!!! Last month I had Elaine touch up the color, it had been approx. one year since my last coloring. It looks fabulous! Elaine's hands are definitely annointed with God's grace. While browsing through one of the groups I belong to, LocItUp, one of the members was raving on an on about these rollers called, Soft Spike Curlers, and how . Curious, I decided to do some investigation and found that they were founded by Ellen Kelley in 1996, Soft Spikes began after a long search for a better curler for Ellen's Irish dancing daughter, Robin. Soft Spikes generates the best curly hair styles around and is a leader in the area of curly hair products (http://www.softspikecurlers.com/). According to many of its users, the curlers are great for sisterlocks and will give you long lasting curls. Most of the members recommended the original size, as opposed to the larger size curler because it gives a tighter curl. Anyone who knows me, knows that I will try "almost" anything once, so I ordered (3) packs of the original size curlers. What's cool about Soft Spike Curlers is that they come in all colors (i.e., over 60 color combinations)! I currently use the gold Solar curlers, but over time the gold material covering the sponge roller and pipe-cleaner has a tendency to shred. I had previously purchased the Caruso curlers, but the curls do not last long, and because I've been blessed with thick hair, I end up with a lot of body and less curls.

I'm enjoying my much needed break from school; however, I knew I wouldn't rest for too long because I recently applied and was accepted into an alternative teaching certification program. Yes, that would mean back to school once again (smile). The program doesn't begin until June, so I still have some leisure time left. Now that summer is approaching (I think), and I normally sweat very easily, I was thinking of investing in some colorful hair wraps to keep my hair off of my neck. Wow, did I actually say, "keep my hair off of my neck?" Who woulda thunk, huh? Anyway, if anyone can point me in the right direction on where to purchase some really good ones, I'd love to have your input. Thanks to all those who've been supportive in my two-year crawl towards freedom! One Love.